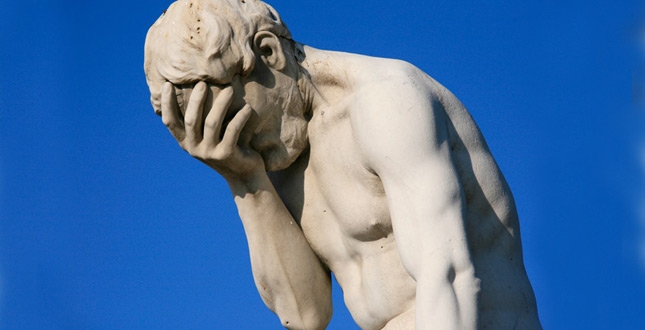 I just spent a day checking out the competition. I flipped through about 25 websites that have been launched over the past year or so by large law firms, to see what’s trending and perhaps find creative inspiration. My key takeaway: today’s websites are better than ever. In fact, some were great. And none of the sites I examined were complete embarrassments.

All that said, many of the sites – some of which were created by well-known web designers for large law firms – had at least one significant shortcoming.

Below I’ve listed five of the most bothersome shortcomings I came across. Some of these shortcomings are due to the use of outdated technology. Others relate to the use of discredited web design paradigms. In my opinion, all are inexcusable for any website launching today.

This is a look that seemed cool in 1997 but was passé by 1999. Yet, some designers still lean on these silly photos. Why? Because it’s easy. The simplest, cheapest way to design a homepage is to write a headline about the firm’s “strategic approach” and put it next to a $2 stock photo of a chess board. Or to write a headline about how “different” the firm is, and place it next to a photo of a poodle with a pink mohawk. Ugh. When I see something like this, I just think, “The designer phoned this one in.” 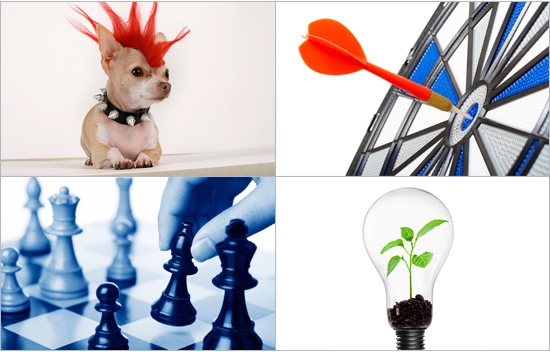 It’s remarkable to me that anyone is still designing narrow, 1024 pixel-wide sites. On any recent computer, these narrow sites look ridiculously puny and feel outdated the moment that they launch. This is because monitor resolutions have grown far beyond 1024 pixels. Even little laptops often have high-resolution displays that are over 1900 px wide.

Today’s best websites use responsive design to expand the website to fill most of the screen. I’m guessing that most web designers who are still creating sites with a width of 1024 pixels are probably not proficient in responsive design. 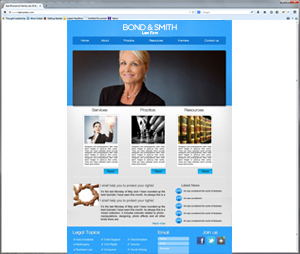 This is often a sign of marketing indecision. When a firm can’t agree on a single headline message – the easy solution is to write five messages and put them in a rotating carousel on the homepage. The problem is that five messages is four too many. It all becomes noise.

Furthermore, users hate them. A usability study out of Sweden found that an auto-rotating carousel on the homepage got clicked by only 1.96% of users. When it was changed to a static image, it got clicked by over 43% of users.

As far as I’m concerned, practically any solution is better than the homepage slider. And sometimes the best solution is no headline at all.

Attorney portraits are, without a doubt, the single most impactful element of an attorney’s bio. Why? Because images evoke a quick and powerful emotional response in a way that written words can’t. Today’s best websites feature large, beautifully composed, well-lit photos that reveal a little bit of the attorney’s personality. Yet, there are still some firms that use rigid, formal photos that look like they were shot in the basement of Sears. It baffles me that not all firms make portraits a top priority.

If your web designer is trying to sell you an old-fashioned “mobi” site, you should probably find a new web designer. Responsive design, the current standard for mobile compatibility, is far superior. For example, responsive design accommodates all device sizes, is much better for SEO and, unlike mobi, doesn’t use a separate web address for mobile pages (which is confusing for both users and Google).

Why isn’t everybody using responsive design? Because it isn’t easy to do right. Back in 2012, it took my firm several months of challenging design and programming to nail it. 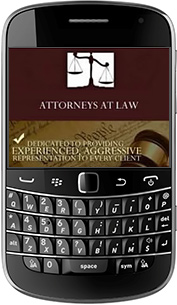 This piece was previously published on Bloomberg BNA.

We’ll give you a password to our CMS. Then you’ll understand why people love it. 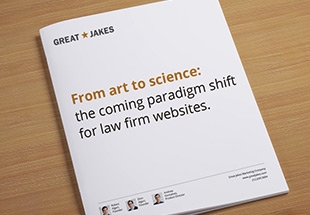 From art to science: the coming paradigm shift for law firm websites More