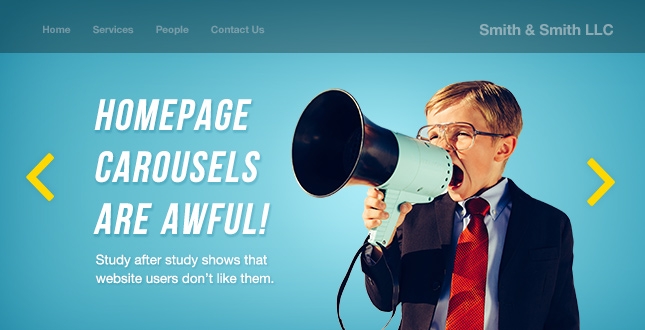 Every marketer knows that a well-positioned, differentiated offering has a distinct advantage over its competition. However, crafting a differentiated marketing message is easier said than done, especially for law firms.

Law firms often sell hundreds of services to dozens of industries. As a result, it is tremendously difficult to formulate a single meaningful marketing message that consensus can be built around. So, in order to avoid lots of pain and conflict, firms often implement a workaround: a message carousel. This feature, which often appears on the website’s home page, displays a series of different marketing messages.

A carousel might at first appear to be a silver bullet for a difficult political problem. However, I believe that it’s (probably) a bad idea for your firm.

First, a little about message carousels. They normally include 5–8 slides, each displaying a separate (and often unrelated) marketing message and associated graphics. Many professional service firms use them. For an example, check out the accounting firm Citrin Cooperman.

In my experience, if you task a committee with coming up with a firmwide marketing message, the result is often a carousel of rotating messages. The members will start by identifying several possible messages, ranging from “Innovative Thinking” to “Worldwide Reach” to “Diversity.” However, instead of doing the hard work of selecting the best single message, they will opt to use them all. 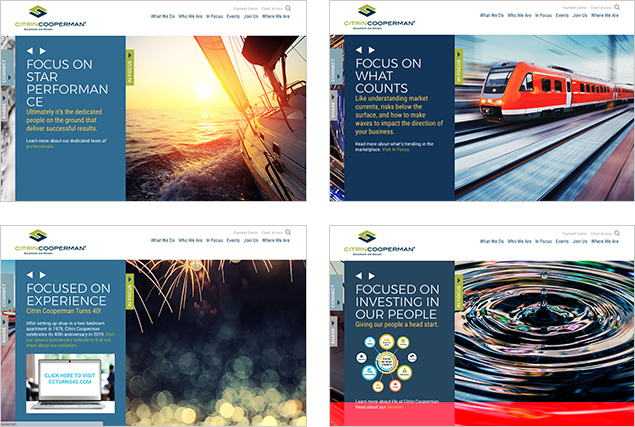 The carousel approach is appealing because it avoids any difficult decisions around messaging. However, it’s not likely to help your firm’s marketing efforts. Study after study after study clearly indicate that carousels hurt the effectiveness of your website. Here are the key problems:

There is one instance in which I think homepage carousels could work: when you have a clear "through-theme." For example, if the theme is “We Get Results,” then each slide could feature an example of your firm’s “Results.” If you choose this approach, here are some ways to avoid the pitfalls of carousels:

Some firms will never be able to come to consensus on a single firmwide message. If a carousel isn’t a good workaround, what approach should they use for their homepage headline?

For these firms, I would consider “silent positioning.” As discussed in a previous post, silent positioning doesn’t use an explicit headline or tagline. Instead, the firm’s positioning is subtly expressed using design, imagery, and selected content. To read more about Silent Positioning, check out our recent blog post about marketing positioning for law firms. 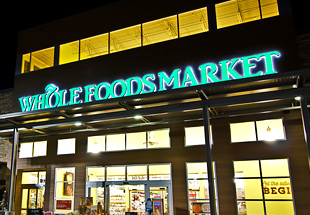 2 comments... read them below or add one.