How the top 50 law firms have evolved their logos over the past five years Dion Algeri March 31, 2021
Share This Page 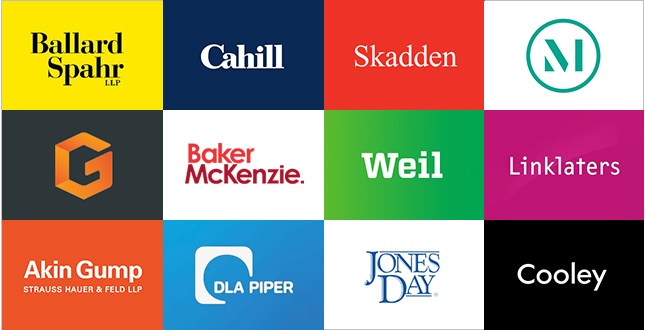 Five years ago, while preparing for a brand design project, I examined the logos of the top 50 law firms in the U. S. Here’s what I found: lots of simple text treatments, an abundance of muted colors, and a dearth of flourish and whimsy. I wrote a blog post about it.

Recently, a reader of the Great Jakes Blog suggested that it was time to revisit that blog post from 2016. “Firms are now paying big bucks to redesign their graphic identities,” she said. “I think that you’ll find an entirely different logo landscape today.”

I was curious to see if she was correct. So, I reexamined the logos of those 50 firms to see what had changed over the past five years. Here’s what I observed:

Where are the cool logos?

The findings were a bit baffling to me. Most of the 10 redesigned logos are underwhelming (and strikingly similar to one another). And this is at odds with my anecdotal observations over the past several years.

Then, it occurred to me: perhaps I’m looking at the wrong firms.

If your firm’s profit-per-partner exceeded $6 million last year, an unremarkable logo might be a reflection of your brand message. Perhaps these uber-prosperous firms are following the lead of Warren Buffett, whose company is famous for conspicuously neglecting its website and logo (presumably because its track record speaks for itself).

I’ll be testing this hypothesis in my next blog post by examining the logos of 300 additional (smaller) law firms. Are their logos more remarkable than those of the top 50 firms? Stay tuned.

The 10 logos below were redesigned since 2016, when the original Logo Landscape blog post was published.

In my opinion, Baker McKenzie’s new logo is the standout among the recent redesigns. I love the two-tone red color scheme. The logo is simple, yet stands out from the crowd. And it will certainly look handsome when applied to practically any marketing piece—from a business card to a baseball cap.

Shearman & Sterling actually introduced two new logos over the past five years. The first, unveiled in 2018, looks like it was created with a Sharpie. The firm reportedly spent over three years (and boatloads of money) on the rebranding effort, which included 1,000+ hours of research. Yet, the logo was quickly abandoned. According to rumors, there was an uproar among the partners, some of whom thought that the Sharpie logo was better-suited for brands that sold shoes or magic markers. I respectfully disagree.

Cleary Gottlieb adopted an uber-minimalistic look. It appears that they hired the same designer as Shearman & Sterling.

The Cahill logo redesign is a fantastic example of how a firm can evolve its brand look. The firm's new logo is clearly an improvement: more modern-looking, bolder, and more versatile. However, because it’s an incremental evolution of the firm’s longstanding graphic identity (as opposed to a ground-up redesign), it is able to preserve some hard-earned brand equity. I hope that the next step in the firm's brand evolution includes the adoption of an exciting accent color.

Most firms are redesigning their logos to be more impactful and more modern-looking. Milbank went the opposite direction.

The new Boies Schiller logo is infintely more versatile than the old one. I could imagine that versatility became a priority after the firm tried and failed (many times) to embroider the old logo on a polo shirt or print it on a golf ball.

Williams & Connolly adopted the kind of art deco type-treatment that was once ubiquitous among law firms. In recent years, many firms have moved away from this old-school look. But Williams & Connolly (and Wachtell, below) have decided to buck that trend.

The folks at Wachtell continue to be big fans of minimalism. And they clearly don’t care if they look like other firms.

Mayer Brown recently evolved its logo to include a bolder typeface and a punchier color palette. It feels much more modern.

Arnold & Porter also chose to incrementally improve the firm's logo. Its new look is certainly bolder and more practical. For the next step in the evolution, the brand might benefit from adding an exciting accent color (along the lines of what Mayer Brown did). 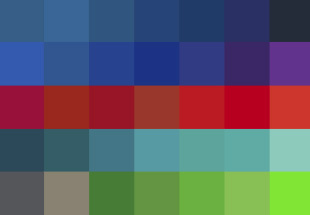