When should a law firm redesign its logo? Probably never. 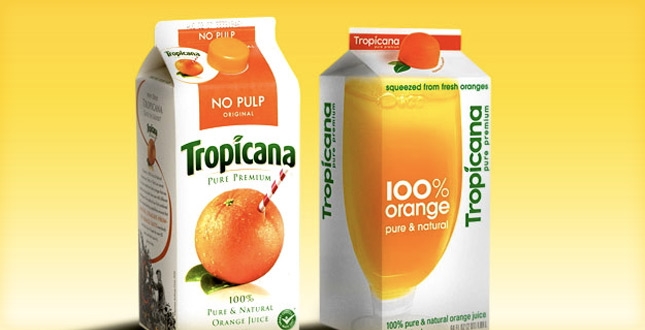 It’s not uncommon to see a law firm’s brand become stagnant – and then *BOOM* – an entirely new look is unveiled that bears little or no relationship to the previous one. This type of sudden, massive identity shift is nearly always a mistake.

Any logo that has been used for decades – even if it’s ugly and awful – possesses valuable brand equity. People have come to identify your firm by its look. And they are comforted by its familiarity.

The virtue of consistency

Let’s look to some of the most successful brands in history. Apple. Shell. Coca-Cola. Each of these powerful brands has for decades used the same marks – and enjoyed remarkable success and unprecedented brand identity.

On the flip side, check out the 2009 logo and packaging redesign of Tropicana (above). Tropicana’s goal in its redesign was to distinguish itself from look-alike competitors. This drastic new look was a sudden move – and customers weren’t ready for it. The public was so confused by the new packaging of its favorite orange juice, that parent company Pepsi Co. reverted to the tried-and-true logo shortly after the launch.

Law firms often make the mistake of Tropicana. These massive, ill-conceived shifts breed client mistrust and confusion in the marketplace.

Why does this happen?

A massive identity overhaul happens because a firm’s marketing team is intent on creating beautiful, cutting-edge marketing pieces – and they see the firm’s outdated identity as a barrier to achieving their goal. Although this is understandable (I’ve been there myself!), sudden shifts in a graphic identity are seldom a good idea for the organization as a whole. Why? Because a known brand has value (i.e., brand equity) that gets squandered. Furthermore, it’s difficult and expensive (in many ways) to reintroduce yourself to the marketplace after unveiling an entirely new look. Effective brands are built slowly over time and upon past successes.

Which brings us to another lesson that successful global brands can teach us: successful logos evolve and change.

For BMW: Evolve with the times.

BMW’s ever-evolving logo is a great example of how a spruce-up is necessary to keep legacy brands relevant to new customers. In nearly a century, the automaker has redesigned its logo a half-dozen times, always keeping the classic blue-and-white pinwheel emblem that is at the core of this stalwart’s identity, yet introducing a modern twist with each iteration.

Is the BMW brand logo especially good? That’s debatable. But it’s also immaterial. The BMW brand has gained tremendous value over the years. If BMW were to scrap it, or even deviate too much from its current brand look, the company would risk serious harm to its future prospects.

For Yahoo!: Signal of Change

Smart brand facelifts often coincide with other shifts within an organization. For example, Marissa Meyers updated Yahoo!’s purple logo when she stepped into the CEO seat. The refreshed logo was different enough to signal new leadership and a different direction for the Internet giant. However, it wasn’t a massive shift that would cause brand confusion.

Exceptions to the Rule

However, sometimes it makes sense to completely scrap an old identity, in favor of a new one. Below are three examples of when to go for a full do-over.

Does your logo have brand equity?

So, is implementing a new logo / brand-look right for your firm? Before you bring in the brand design experts, it makes sense to think about brand equity. As much as you dislike what you’ve got, it might prove worthwhile to modify it rather than scrap it entirely.

And keep in mind: even ugly logos can possess great value. 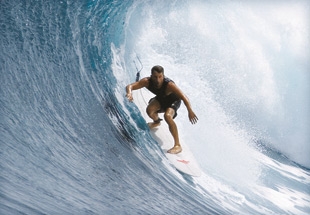