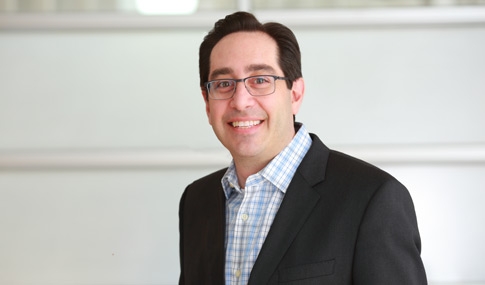 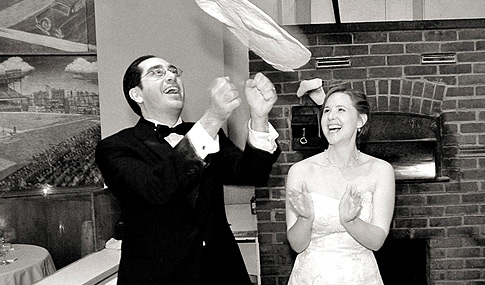 With my beautiful wife on our wedding day.  I got married in a pizzeria. Seriously. 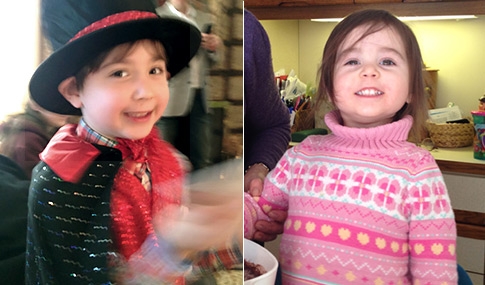 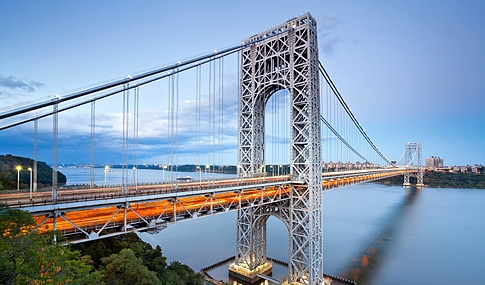 This is a view from my neighborhood.  I live in Manhattan — up by the George Washington Bridge.

Dion is the Chief Marketing Strategist of Great Jakes. He is responsible for the “big think” behind client projects. His never-ending goal: build the most emotionally engaging and business-effective law firm website ever created.

Dion is a legal marketing enthusiast. Just ask him about the subject. He’ll chew your ear off with his newest ideas. If you want a taste of what he’s thinking, check out the  Great Jakes blog. Dion acts as blog editor, and his fingerprints are on practically every piece (even if his byline isn’t).

In 2010, Dion spearheaded a yearlong initiative to entirely rethink the law firm website. This massive project resulted in the formulation of Great Jakes’ unique Microsite Approach. Dion also led the team that created Great Jakes’ groundbreaking Rainmaker CMS. The building of Rainmaker — which is now in its fourth year — has become a passion project for Dion. He can’t resist the temptation to make it better. And better.

Dion has a degree in Political Science and Graphic Design from American University in Washington, DC. He began his career working for magazines including InStyle, Vogue and Playboy. In the mid ’90s, Dion discovered the internet and founded a web design firm called Net For All. Later he started an internet entertainment company called Shortbuzz that was sold to CMGI in June 2000. In 2001, Dion founded Great Jakes with his brother Robert.

Dion frequently speaks and writes on the subject of legal marketing. Past speaking engagements have included events sponsored by the Legal Marketing Association as well as the Hildebrandt Institute. Additionally, Dion has been invited to speak about entrepreneurship at MIT’s Communication Forum and Columbia University’s Entrepreneurs Organization. Dion is also a big fan of public television and serves on the advisory board for WNET (Channel 13 in New York).

With my beautiful wife on our wedding day.  I got married in a pizzeria. Seriously.

This is a view from my neighborhood.  I live in Manhattan — up by the George Washington Bridge.