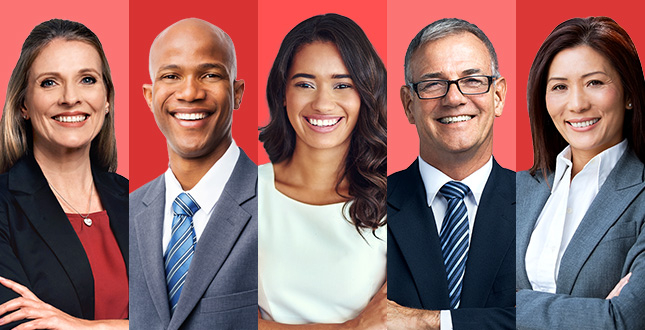 Owing to nationwide protests over issues of racial injustice, practically every business in America has been thrust into a dialog about “workplace diversity.” And, as a result, all eyes are on the “Diversity and Inclusion” sections of their websites. This is true of businesses inside and outside the legal sector.

Our last blog post examined the best Diversity sections on law firm websites. However, our research told us that law firms could learn much from how corporations in other fields communicate their dedication to Diversity. Below are a few of the best. 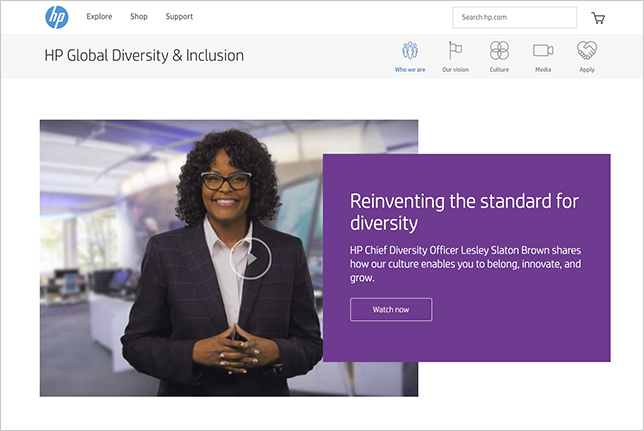 HP is widely credited for having made Diversity a top priority, and it shows on the company's website. Its Diversity section is expansive, polished, and informative. Highlights include a video greeting by the Chief Diversity Officer, testimonials from C-suite leaders, animated infographics, and lush photography. One must-see feature is the Media page, which is loaded with highly produced documentary-style videos that touch on issues ranging from unconscious bias to the plight of veterans in the corporate workplace. Visit Website 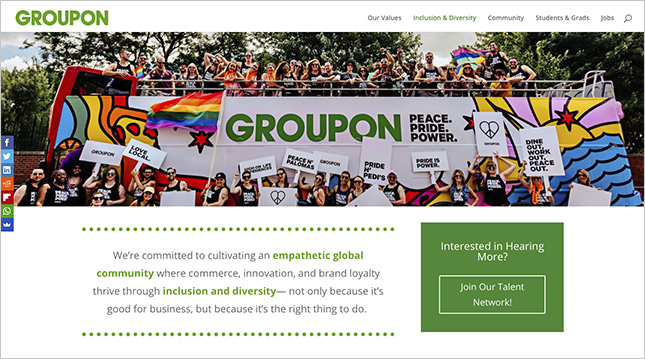 The Groupon Diversity section makes a fabulous first impression, thanks to an abundance of well-shot, authentic-feeling photos of the company's diverse team. However, the content is also well-crafted. For example, “Our Champions for Diversity” is a nicely produced series of interviews that explore how diverse attorneys have shaped their careers at Groupon. Also notable are the company's affinity group pages, which include non-traditional groups such as Veterans and Parents. Visit Website 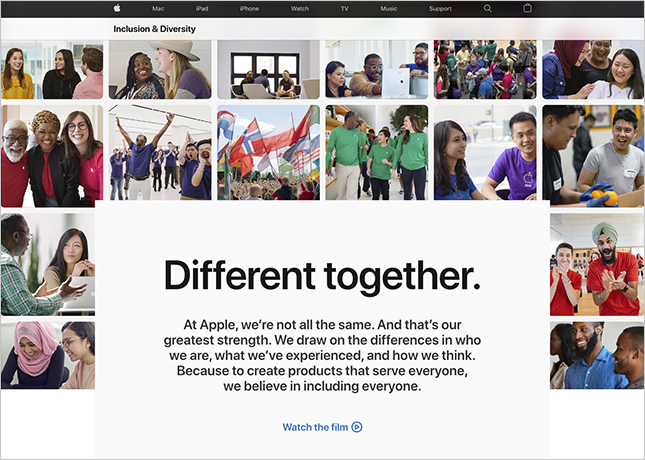 Apple’s communications team has a spectacular reputation, and it doesn’t disappoint with the Diversity pages of the company's website. The section opens with a beautifully composed grid of photos that teases to a Hollywood-caliber video.

However, the content that lies below the fold is also striking. The page intersperses employee profiles with text and infographics that describe the organization’s efforts to diversify its workforce and create an inclusive culture. They convincingly demonstrate that Apple is a great place to work for all types of people. Visit Website

Accenture’s Diversity section isn’t much to look at. However, it oozes authenticity, thanks to a series of beautifully produced videos. Accenture’s (female) CEO, Julie Sweet, sets the tone with a two-minute video explaining why Diversity is a top priority for her and the company. Also, check out the video entitled “Inclusion Starts with I”, which deals with bias in the workplace. Visit Website 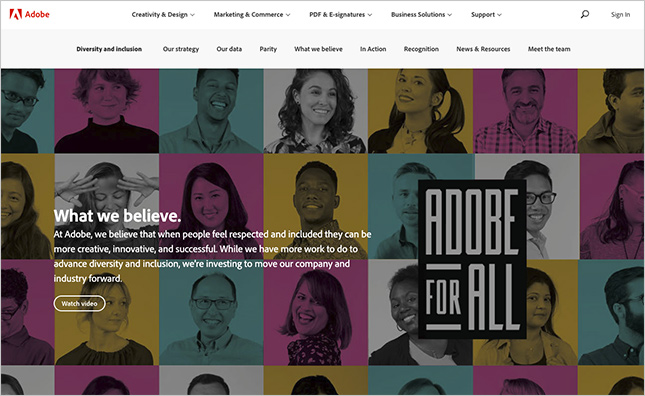 Adobe’s Diversity & Inclusion section opens strong with an artfully produced video entitled "Adobe for All", which examines the benefits (and challenges) of embracing Diversity. The section also delves into the firm's strategy for driving further Diversity, explains what the firm believes in (check out the video on this page, too), offers detailed data about its successes, and includes an impressive display of honors and recognition for the firm's Diversity efforts. Visit Website 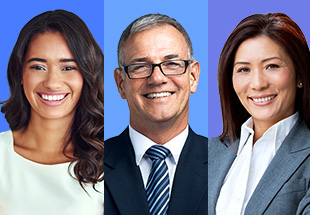